A tribute to Blossom Dearie with Wendy Kirkland @ Peggy's Skylight “A bright and auspicious debut. She swings, is confident and has an engaging delivery, what’s not to like?” – John Martin, Jazz Rag

Wendy Kirkland is the product of an incredibly musical family who is largely self taught; well, at least for jazz! Her voice has attracted comments such as “lucid warmth” (The JazzMann) and “vocal acrobatics” (Bebop Spoken Here). She has been a regular on the UK jazz circuit since 2002 and has been praised highly by fellow musicians Jim Mullen, Alan Barnes and Roger Beaujolais for her innate musicianship.

Here she presents a tribute to one of her major influences, Blossom Dearie. Blossom Dearie was a singer, and in addition, a fabulously accomplished pianist. Wendy’s voice has been compared a combination of Blossom Dearie and Diana Krall and her pianistic style, with complex harmonic voicings, has been described as a happy marriage of Wynton Kelly and Eliane Elias.

Pat Sprakes – double bass. Pat cut his jazz teeth with Tony Kofi, Darius Brubeck and has performed for Robben Ford. As a guitarist, his biggest influences are Wes Montgomery and George Benson, and he has a great love of latin rhythms. He is an excellent accompanist as well as a clear and melodic soloist. 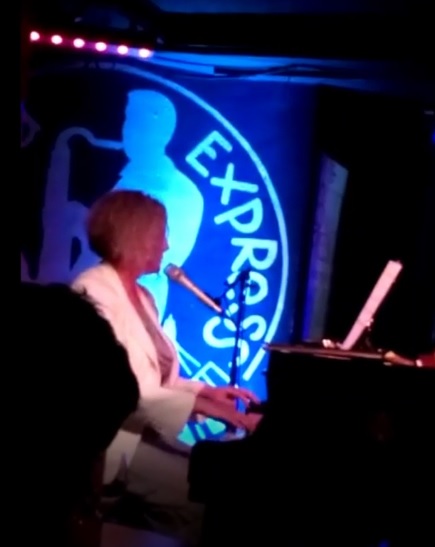