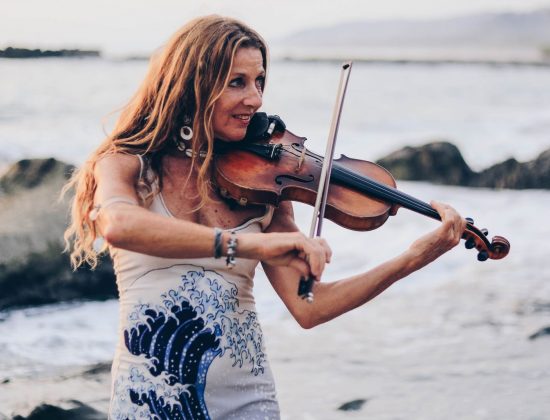 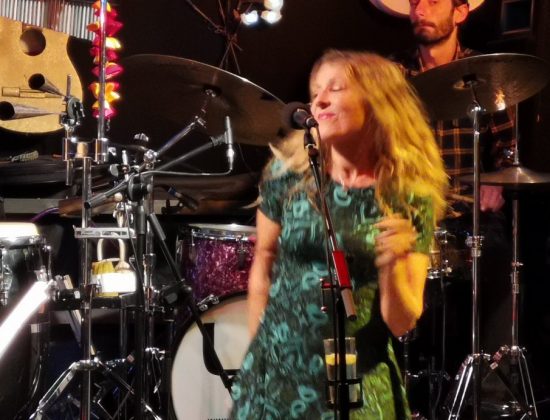 Azhaar Saffar is an Iraqi Welsh violinist / singer-songwriter. She studied classical music at the prestigious R.N.C.M, but preferred listening to Miles Davis and Stefan Grapelli. She made her reputation fronting internationally acclaimed Brazilian jazz group Sirius B who sold most of their albums in Japan!

And now she had just released the new album ‘Original Love’ with her latest project and band, Global Wave

Global Wave re-maps the straight lines of our boundaries and perceptions in a vibrant, irreverent  fusion of world rhythms, funk and  jazz enhanced by Azhaar’s glorious violin! The music takes you on a voyage with lyrics, written on the ‘songlines’. Throw in some ‘pura vida’ and you have ‘Original Love’

Since she first climbed on the stage at age 6 Azhaar’s live career has been varied and colourful: from  performances at Heineken festivals to 20,000 people to tiny Mexican bars and everything in between! She has played for Egyptian princes, with Nicaraguan street bands and has even jammed with the Costa Rican minister of culture while teaching violin in the remote fishing village of Pochote; yet she retains  strong credentials, having appeared at European jazz festivals like Montreux, Mai Jazz, Lille and Glastonbury, while making  regular appearances at Camden’s Jazz Cafe.Her last album, ‘Out There’ (33records) was launched at London’s 606 club, featuring performances from Jason Rebello and Iain Ballamy.