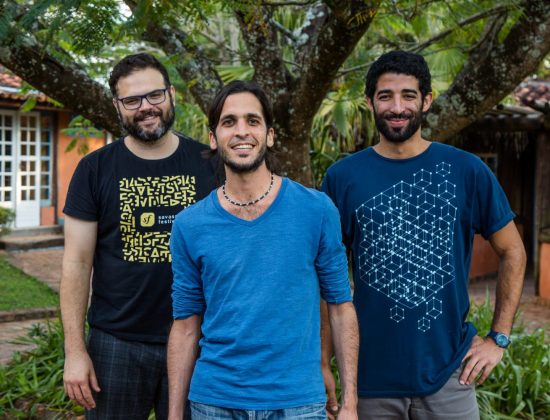 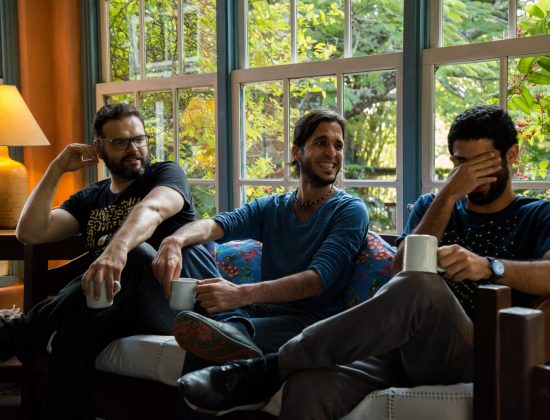 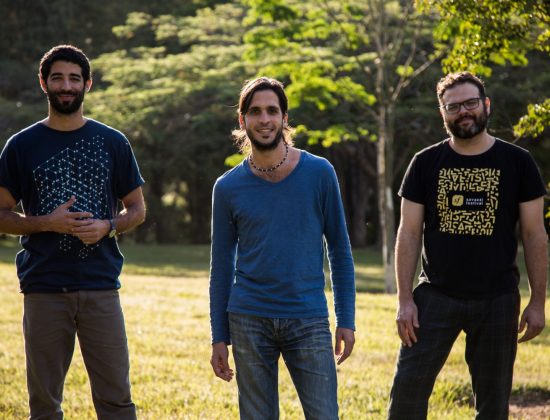 The acceptance and success enjoyed by Brazilian music worldwide comes from the talent of its performers and from its unmatched richness and diversity.
It features countless rhythms, a unique harmonic and melodic universe that appeal to audiences of all continents. The Bruno Elisabetsky Trio follows on the footsteps of globally known Brazilian performers such as Baden Powell, Romero Lubambo, Yamandu Costa, Hamilton de Holanda, Egberto Gismonti and others.. The Trio’s repertoire mirrors the broad influences that shape the music of our country (Afro, European, Indigenous, among others). Language poses no barrier, as we are an instrumental group. The Trio is releasing it’s new album, with João Fideles on drums and Rafael Abdalla on the double bass. It is an entirely original album, anchored in themes which navigate through the composer’s main influences of jazz, Brazilian and guitar music. One of the key characteristics of the album, according to Bruno, is that, although instrumental, it is not grounded on improvisation. There is improvisation, but the melodies emerge, so that it reaches not only musicians, but music lovers as well.

“Bruno Elisabetsky is part of a Brazilian Guitar legacy of which I also belong to. He is one of the heirs of the fusion that took place within the last decades between the universe of Guinga and the Minas school of Toninho Horta, the rhythmic guitar of Baden Powell and the subtlety of João Gilberto. Bruno etches his own voice in beautiful and mature compositions, securing a place among the outstanding figures of Brazil’s contemporary guitar scene.”  Daniel Santiago Guitarist, composer, Grammy-nominated Producer

“When a mix – better yet, a recipe – of musical genres hits the right combination, the result is a fresh and original sound which dispenses with labels. Such is the case with the excellent Xadrez CD, by guitarist and composer Bruno Elisabetsky. Attentive listeners will identify influences by the great Ralph Towner – a legend of contemporary guitar – alongside pinches of jazz, echoes of Andrew York and other elements, all harmoniously boiling in an aromatic stew with the sweet flavor of Brazilian music. But, far from labels that stifle creation, this is an original, honest, high quality work. Highly recommended”    Conrado Paulino, Guitarist and composer

“After two albums featuring his compositions with the Quadrantes Quartet, Bruno Elisabetsky has launched “Xadrez” (“Chess”), recorded by his trio in acoustic format. Tracks include the deceptively simple “Voando”, the baroque-style “Espera” and the rhythmically-structured “Corda Bamba”. Bruno’s work is characterized by a calm, unhurried development, as he does not seek to impress the listener with speed or number of notes played, but rather makes it possible to enjoy each sound on its own. “Nostalgico”, at once lyrical and emotional, is one of the most beautiful tunes of the album. “Chess” is a grandmaster’s work”  jazzru.quad