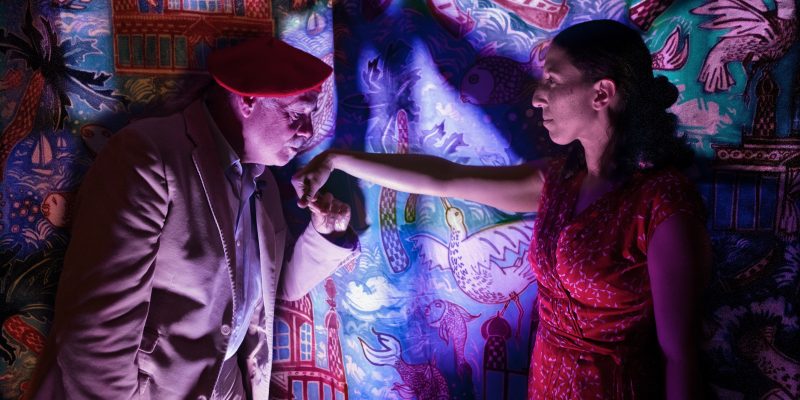 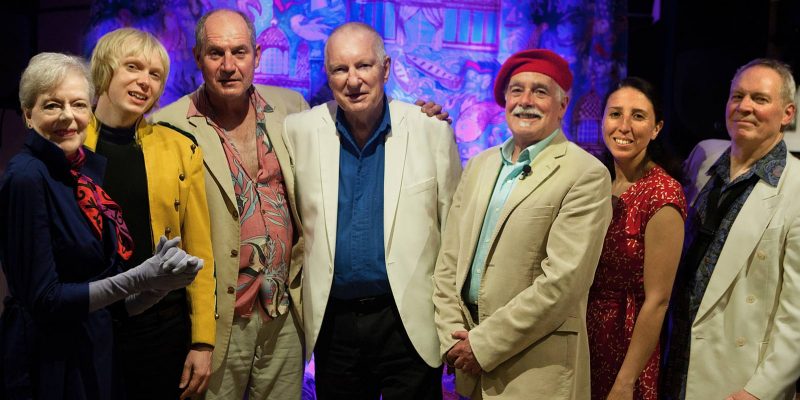 On the sea wall in Nice, Raoul Dufy paints a portrait of his muse Jane. A troupe of singers and instrumentalists celebrate the painter in Waltz, Jazz, Blues and Repartee until the sun goes down and envelopes the generous, sensual world of Monsieur Dufy.

Since winning the Edinburgh Festival Fringe Award in the late ‘70s with their Jazz Cabaret Mama Chicago, composer Mike and vocalist/librettist Kate have generated a succession of Music-Theatre pieces. They have written for the stage, for television and radio, and toured with Theatre, Dance and Opera companies as well as their own ensembles, throughout the UK, Europe and beyond. Much of their work has been released on CD.

“No one has succeeded in creating a more distinctive body of work than Mike and Kate Westbrook. Their mixture of jazz, music-theatre, poetry, street entertainment and visuals is rich and unique.”
Dave Gelly in The Observer