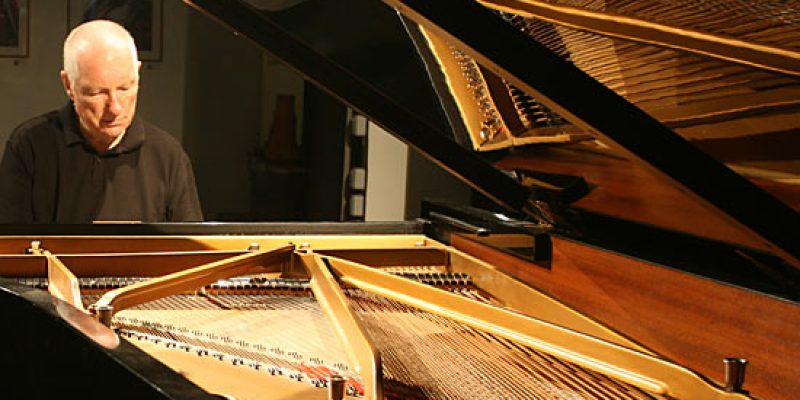 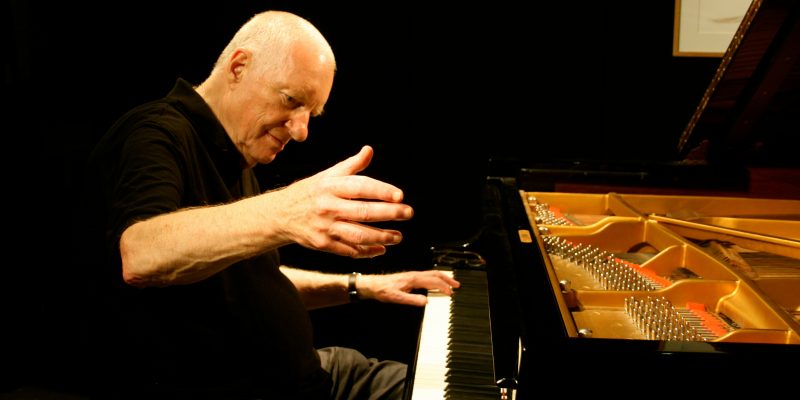 Composer Mike Westbrook was 80 in 2016. In the spring he celebrated this milestone with the release of the album A Bigger Show with his 22-piece Uncommon Orchestra (asccd 162-163). Now in complete contrast, he is releasing his first solo piano recording in almost 40 years.

Mike Westbrook PARIS was recorded by Jon Hiseman over two nights in July 2016 , presented by Hélène Aziza at her art gallery and music venue, 19 rue Paul Fort near Porte d’Orleans.

In an hour-long set, Mike Westbrook improvises on themes from his own musical history, from his 1970s composition Citadel/Room 315 through to A Bigger Show and his recent Paintbox Jane. There are references to his Ellington tribute On Duke’s Birthday, to London Bridge is Broken Down, to his music theatre piece The Ass, and to his Beatles project Off Abbey Road.

The sequence contains songs written in collaboration with his wife, the artist, vocalist and librettist Kate Westbrook, along with popular songs, Jazz Classics and Blues.

‘An hour of solo piano that is fresh, rich and improvised, yet references a myriad of the master’s many previous musical lives. Westbrook nests together his loves, heroes and inspirations, the man and his music, the music and the man, as one’.
Andy Robson – Jazzwise/Gramophone * * * *