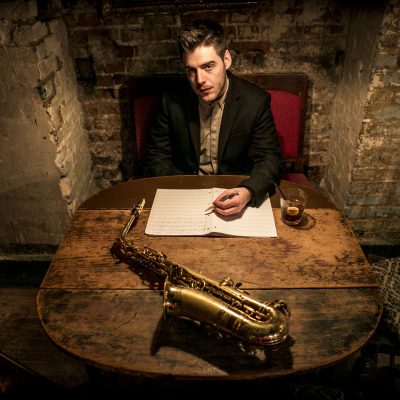 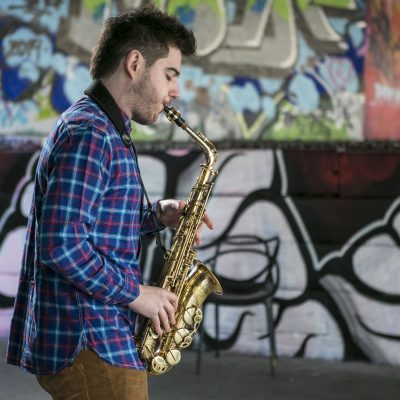 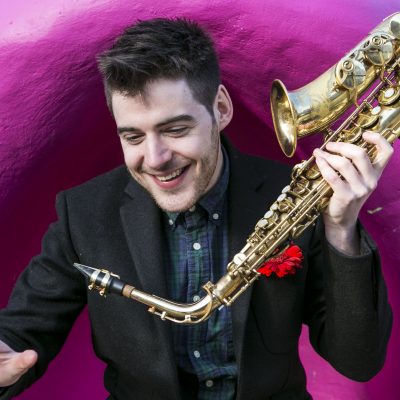 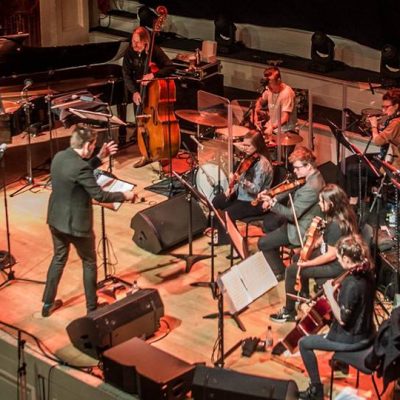 Phil Meadows is recognised as one of the UK’s most distinctive, creative and talented musicians. Living in London his music is inspired by global sounds demonstrated by his passion for uniting and collaborating with musicians from all over the world. Currently Meadows performs across a multitude of genres from jazz and classical to hip-hop, electronica, contemporary music and more. He is a multi-instrumentalist with a focus on saxophone, clarinet and flute as well as a prolific composer, orchestrator and conductor.

In his career so far Meadows has been awarded the 2015 Parliamentary Jazz Ensemble of the Year, 2015 London Music Award for ‘Rising Jazz Star’, 2014 Parliamentary Jazz Newcomer of the Year and the 2013 Peter Whittingham Jazz Award. In 2010 he was also a finalist in the European Keep an Eye Jazz Award as the only British representative in the final five and in 2017 he is competing in the final of the B-Jazz International Contest. He was educated at the internationally renowned Chetham’s School of Music before being awarded a first class undergraduate degree and the George Murphy Prize for Saxophone at Leeds College of Music (2008-2011). He then went on to receive the Arches Scholarship to complete his study at postgraduate level at Trinity Laban Conservatoire of Music and Dance (2011-2012). Meadows also honed his craft through his role as lead alto in the National Youth Jazz Orchestra between 2011-2014.

With two UK tours and two studio albums to date in his own name Meadows’ touring ensemble have been dubbed ‘future jazz gods on the rise’ by TimeOut and ‘a collection of rising stars on the British jazz scene’ by BBC Radio 3 receiving widespread acclaim and radio coverage across BBC Radio 2, Radio 3 and JazzFM. He currently performs with the self-titled Phil Meadows Project, the Matthew Herbert Brexit Big Band and electronic-dance trio Skint as well as exploring the music of Scriabin with concert pianist Arsha Kaviani alongside his active role as founder and artistic director of the award winning charity; the Engines Orchestra. Meadows has also worked on many national television programmes including: The X Factor, Britain’s Got Talent, Ant and Dec’s Saturday Night Takeaway and Stars in their Eyes backing artists like Robbie Williams and Little Mix.

As a composer/conductor his commissions include a series of orchestrations to celebrate the music of NYC trumpeter Ingrid Jensen by Apollo Jazz Network’s Orpheus Project (performed at Ronnie Scott’s 2016), the orchestration of Meadows’ second album Lifecycles for the Royal Northern Sinfonia with Jambone Big Band by the Gateshead International Jazz Festival (performed at Sage Gateshead 2016) and the composition of the Lifecycles suite for the Engines Orchestra (premiered at the EFG London Jazz Festival 2014). In 2017 he is set to conduct Decade Zero, a new commission by Dave Maric for the internationally acclaimed piano trio Phronesis.

Alongside his role as an assistant lecturer at the University of Kent, Phil Meadows is part of the educational team with the National Youth Jazz Orchestra, a tutor on the Falmouth University-Yamaha Jazz Summer School and has ran educational projects both at Trinity Laban Conservatoire of Music and Dance and in partnership with the Lancaster, London and Gateshead International Jazz Festivals. He also continues to programme and run educational activity with the Engines Orchestra.

Meadows is also proud to be endorsed by D’Addario Woodwind, Yanagisawa Saxophones and Trevor James Flutes.