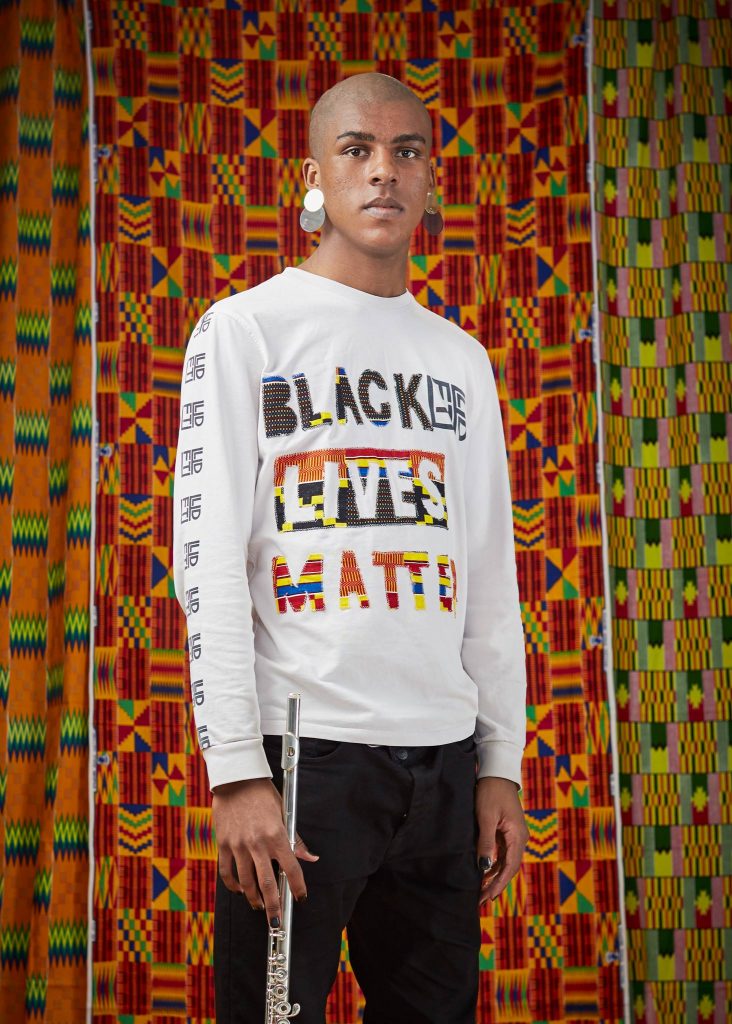 This story is posted in partnership with Jazzwise

Since prodigious new-gen jazz star Xhosa Cole won last year’s high-profile BBC Jazz Award, he’s been only looking forward. The headstrong young saxophonist speaks to Selwyn Harris about the inspiration of his native Birmingham on his development and how the future is all about hard graft

Hailing from inner city Handsworth in Birmingham, the 22-year old reeds player Xhosa Cole considers himself very fortunate to have had the breaks he has had. Not long into secondary school he was already playing sax (hired from his Borough Music Service) at Andy Hamilton’s Community Music School in Ladywood and attending weekly workshops held at his school led by local based big-band composer Sid Peacock (Cole would later play in Peacock’s 16-piece ensemble Surge) introducing him early on to groove and free improv contexts. Ever since then, Birmingham has been central to Cole’s artistic development, his CharCole Collective quartet recently performing music exploring the city’s cultural history.

“Birmingham as a city has been integral to what’s helped mould me into the musician I am today,” says the amicable young saxophonist, speaking to me on a line from his hometown. “There was so much going on with the Midlands Youth Orchestra and Jazzlines Ensemble. Without those kind of opportunities around I wouldn’t have had the chance of doing any of the stuff I’m doing now. But also culturally it’s been vital, it’s been a beautiful place to grow up. It’s a melting pot of different cultures. Going to school there were people from all over the world speaking all kinds of different languages, a wide span of characters, cultures, religious beliefs and backgrounds.

“Actually, it’s the people that you surround yourself with that help to mould you into the character that you become. The other thing is there’s such a strong history of music making from Birmingham. We’ve got Steel Pulse, one of the more serious reggae bands to come out of the country. People like Soweto Kinch, Andy Hamilton and, recently, people like Shabaka Hutchings who has strong ties to Birmingham as well.”

Cole looks to follow in the footsteps of his Brummie predecessors subsequent to receiving the prestigious BBC Jazz Musician of the Year award at the QEH in November last year.

“Things have completely exploded for me since,” he says. “I was very fortunate to be able to do lots and lots of music and lots of jazz performances before the competition as well, but really being able to connect with lots of new faces and really push outside of the Birmingham scene. When you grow up in and around a jazz community like I have, you get to know 99 per cent of musicians. Just every now and then you’ll find a new face, which is always really inspiring. But actually when you get put on a platform like BBC Jazz Musician it opens your horizons to another level. I’m not saying this is the last level, but it just gets me into that next gear.”

Leading jazz educator and bassist Gary Crosby was one of the mega-impressed panel judges and invited Cole to perform at the Jazz Cafe in January in a celebration fundraiser for Tomorrow’s Warriors. His tenor solos stood out a mile, conveying a precociously warm tone and a natural, fluent phrasing which seemed to exude jazz history.

“To be honest with you, it’s only over the past couple of years that I’ve immersed myself in the history of the music,” he says, rather surprisingly. “The thing that drew me to jazz in the first instance was the theory and how it all fits together. I’ve got a bit of a maths brain, so all the information harmony-wise was really what drew me into it.”

As is the norm for most contemporary jazz musicians, Cole has his fingers in many other musical pies, including classical chamber ensemble commissions through to a collaboration with electronic duo EIF in which he played flute on a recent recording, Autumn Conversations. (“Electronics is a really interesting one because while, in some instances, electronics and swing can feel like the antithesis of each other, it’s more about connecting two voices.”)

For him, jazz is always a music looking out from the past towards the future. “I remember speaking to Soweto Kinch about this and he put it so well,” he says. “I can’t remember whose quote it was but it was that by studying jazz, the bebop language, as purely, sincerely and authentically as possible you qualify yourself as being able to connect with musicians of all kinds and from all walks of life. I’m very passionate and connected with jazz, but I’m also very passionate about connecting with and learning from all different types of music as well.”

Recently performing in saxophonist Rachel Musson’s Cheltenham Jazz Festival ensemble project, what else can we expect from Xhosa Cole in the near future? Right now he tells me he’s looking forward to resuming his studies at Trinity College, London in the new term with plans to move to the capital at the end of July.

“At the forefront of everything that I’m doing now, and I hope to do for the future, is progressing and making movements forward as an instrumentalist,” he says. “To really push my capacity as a player in order to connect with musicians in an authentic way and to make beautiful music with other musicians who are passionate about making progress themselves.”

Jazzwise, the UK’s biggest selling jazz monthly and the leading English language jazz magazine in Europe, has changed the way jazz magazines look and think with a stunning editorial and design package that reaches out to both the new jazz audience and established fans – qualities that have led to it winning Jazz Publication of the Year at both the Parliamentary Jazz Awards and the Ronnie Scott’s Jazz Awards, and Best Jazz Media at the 2013 Jazz FM Awards.

Every month Jazzwise’s acclaimed team of writers takes you on the journey of your life: from the cutting edge of contemporary jazz, mainstream, fusion and free-jazz to jazz electronica and world music with hot news, gossip, nationwide gig guide, major features and the UK’s most authoritative reviews section. From the outer edges to the inner circles Jazzwise is committed to discovering new talent as well as extensive coverage of today’s scene and expansive retrospectives of jazz’s vibrant past. You simply can’t afford to be without it.