Add your mp3 files:
Use this button to select an mp3 to add to your site. As the applicant submitting this mp3, I agree that I am the appropriate rights holder, or that I have all appropriate 3rd party rights holder’s permission for all material uploaded here to be used on ConnectsMusic.com. ConnectsMusic accepts no responsibility for any content submitted 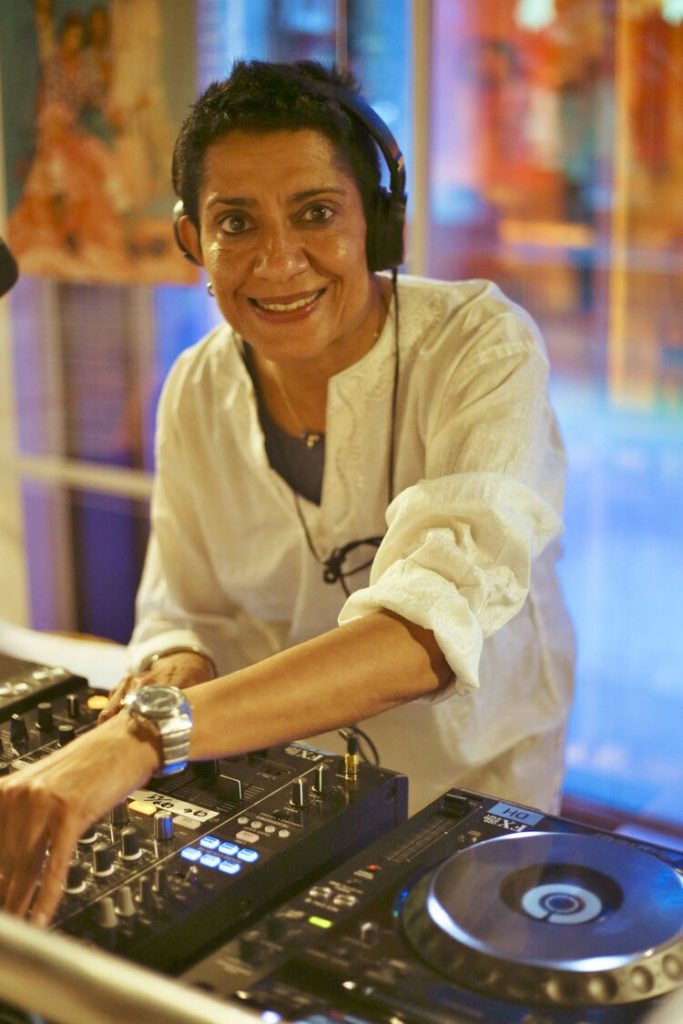 Since lockdown we’ve been going through the ebb & flow that many of us are experiencing in this ‘new normal’.

2020 has been an unusual year, so much so that the ‘new normal’ becomes an everyday phrase, and in awaiting for the ‘old normal’ to return, we wonder if it will come back in a different guise – the ‘new old normal’? The ‘new normal 2.0’?.. Many of us have been weathering the storm of this pandemic and its impact on our music business has been dramatic, but invention is at the core of the Arts and the capacity to create and evolve within chaos is in a creator’s very being..

We’ve really wanted to hear from people in the music industry about their experiences of what’s been happening – then, now, and where to. Kicking off our series, we caught up with DJ Ritu.

Has there been an element of DJing continuing for you since lockdown?

A little! Some bookings online – Zoom engagement parties, magazine events, press launches, that kind of thing. Oh, and an actual outdoor event too!

How have you felt about live streaming as opposed to playing out to a crowd?

At first I was apprehensive about the tech side and not actually being able to connect face-to-face with an audience. Now I’m much more comfortable and if I can see ‘participants’ dancing then that’s good!

Have there been any benefits for you in this temporary slowing or pausing of work?

Yes. I’ve upped my skillset in music technology and digital media, for example, even just by shifting the radio show online and out of a physical studio. I also find that tunes are absorbed more quickly into my brain – I remember tracks and their melodies, lyrics much more now, even after one play. This might be because I’m not playing at my clubs and at tonnes of private bookings, so there’s more ear-space to absorb music.

What’s been your favourite way of passing the time?

Most of all I want to spen time in my studio, immersed in music and honing new skills. To be honest though, I’ve remained ridiculously busy since March, but just unpaid!

For our “Then, Now, and Where To” playlist – what and why were your fav tunes to pass the time through lockdown?

So many to choose from! From the radio show – A World in London – Afro-house tracks like ‘Jerusalema’ by Nomcebo and ‘Firewood’ by Saronde have been on repeat. On a personal level, I’m finding new meaning and joy in soul & disco classics by legends like Marvin Gaye, Chaka Khan, and so many more.

How has your work been affected by the ‘new normal’ we’ve all found ourselves within?

Incredibly. Firstly, the monthly clubs that I’ve been running for over two decades are closed, with no sign of re-opening. All of my corporate & private bookings were cancelled in March. It feels very strange not to be working at weekends and at night time in bars/clubs/festivals, etc, after 34 years! I feel like a fish out of water to be honest. I also have less interaction with musicians and I miss this. Prior to lockdown, we had bands and solo artists as guests on A World in London every Wednesday. And then there were the SOAS Concerts, which I produce.

Now, some of that contact has simply been replaced by emails, which is not the same as being in the same room or studio together and sharing live performance work.

Zoom has taken over to some degree and since March I’ve been invited to speak on, or host a lot of panels or discussions. I seem to be in demand for many heritage projects too!

How have you found hosting your show ‘A World in London’, knowing people listening are engaging whilst either restricted to their homes or at least experiencing the pandemic. Has it provided a new, deeper meaning to your work?

AWIL has changed altogether now that we can’t host live sessions. The global music show now is basically a music mix by me, so in some senses it flows more in rhythm with my DJ sensibilities. We’ve also added new shows under the AWIL brand, to incorporate programmes made by my team members, like artist Alban Low, and I’m hosting a discussion programme for and with musicians. We are growing AWIL and more is planned!!

I don’t know how we’re being perceived because of the added dimension of lockdown but we are on a mission!

A lot of your work has always been through live performance and club nights. How has the scene been affected?

See above, but yes, the nightlife sector has been adversely affected by the pandemic, and so has the live music scene. Ultimately, we deal with ‘gatherings’ of people through music, and therefore, it’s impossible for our industry to operate normally at all in the current climate. Government decisions, mixed-messaging, and lack of financial help specifically for music artists/venues/production staff has not helped.

Has the scene continued to work together and support each other remotely?

There are lots of positive initiatives and groups that are actively trying to make a difference. For example, Musicians Movement, the MU, the MVT, and the Mayor of London’s team, including the Night Czar. I’m not aware of anything for DJs or club promoters though, but as a multi-disciplinary music industry person I’m able to tap into the other organisations, and I’m also on the Mayor’s Culture At Risk panel.

I’m very much hoping that the scene will be able to burst back to life sometime in 2021! By then, surely with such a collective global effort, we’ll have a vaccine or effective treatments to send coronavirus packing!

Do you think the ‘new normal’ of 2022 will be hugely different or will there be a return back to 2019 to reclaim how things were?

I genuinely hope that non-creatives will have a greater appreciation of what we do, and value arts & culture even more than they did before 2020. Maybe and probably people will be desperate to get out and dance together, sing together, and party together in joyful hoards! Human contact lost some of its appeal before the pandemic as we began to self-isolate in social media and Spotify, and that was never healthy, so I hope we go forward together as the sociable human collective we can be, post-Covid19.

Has this experience influenced your perspective of what you would like to do next within your career in the Arts?

I’d already been in the process of changing my career perspective prior to Covid, as the club & live music scene had taken a battering from austerity measures, global recession, and Brexit. I also have to accept that I’m getting older and running clubs till 4am zaps my energy more than it used to! It’s long overdue for me to realise that I have a wealth of experience in the music industry – as a broadcaster, band-leader, event curator/producer, club manager/CEO, and record label founder. There’s a lot more I can offer to the world now if I concentrate on these ‘mature’ skills, and so yes, as a first step, we’re expanding A World in London into an organisation that can more proactively support ‘world’ musicians. The pandemic has allowed more time to evolve this plan so we should start to see the results of that later this year. There are also a number of heritage projects that I’m developing that stem from my cultural background as a second generation British Asian. 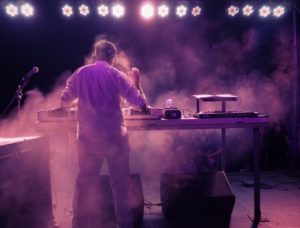 ORGS
FIND services, organisations, education
We use cookies to ensure that we give you the best experience on our website. This includes cookies from third party social media websites if you visit a page which contains embedded content from social media. Such third party cookies may track your use of the ConnectsMusic website. If you continue without changing your settings, we'll assume that you are happy to receive all cookies on the ConnectsMusic website. However, you can change your cookie settings at any time.OkNoRead more