Behind The Sounds – JazzAhead! – 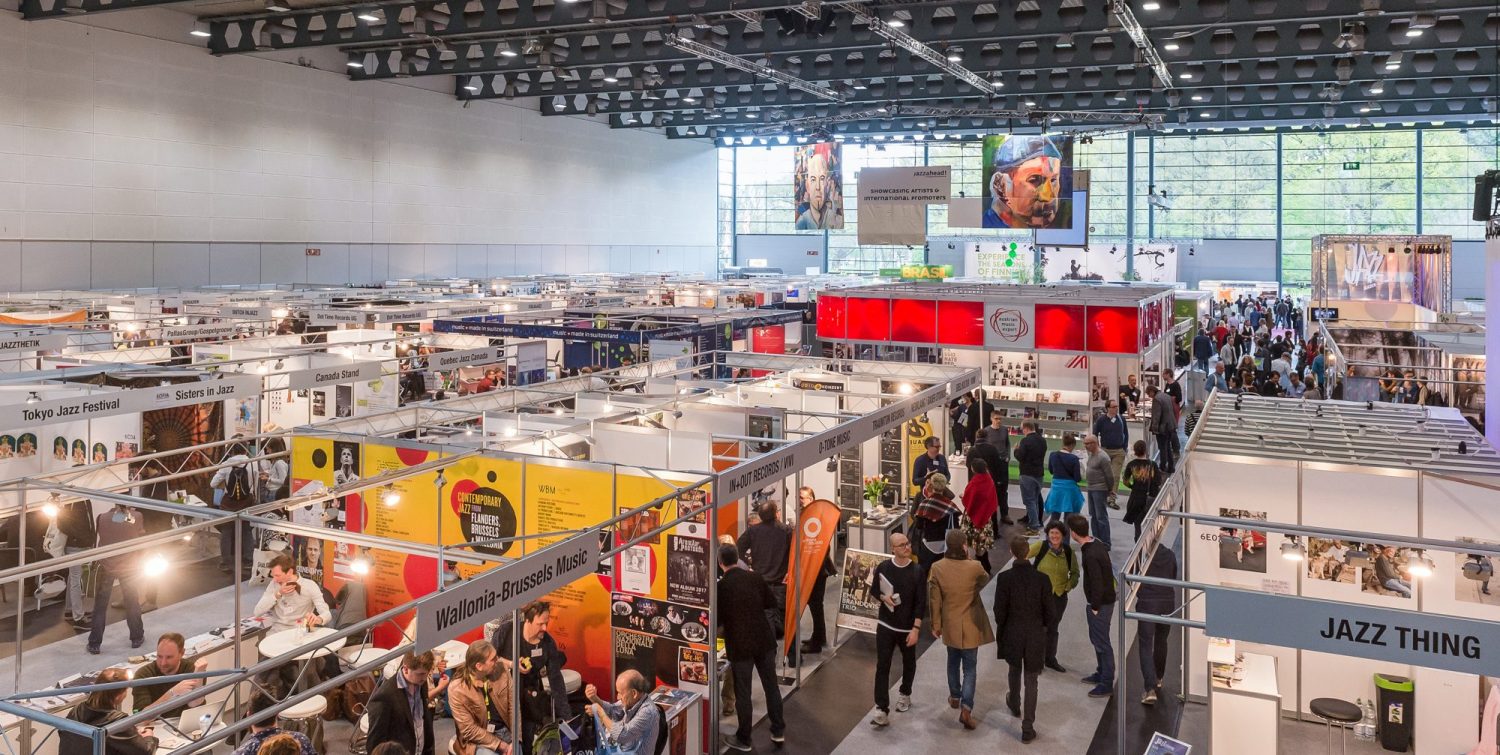 Jazzahead! is an amazing annual event that has increasingly become one the most important networking events for the Jazz industry. Hosted in Bremen, Germany, it is a true highlight of the Jazz calendar with an incredible array of diverse showcases, industry panels and with participants from over 61 countries and 100 concerts/showcases held over four days – a not to be missed event. 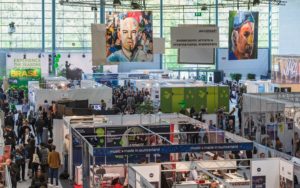 Organised by an incredible team of people, led by Ulrich Beckerhoff as artistic director, Fiona Ross caught up with Sybille Kornitschky (Project Manager, Jazzahead) and asked her how it all started.

‘It all started with an idea of the Managing Director of MESSE BREMEN & ÖVB-Arena, Hans Peter Schneider. He has always been quite interested in Jazz and had noticed that it endured sort of a wallflower existence in the international music scene. If at all taken into account in trade events Jazz music was one topic among others, there was no dedicated meeting point where the interests of the jazz scene were handled. In 2005 he decided to change that. This is where my team and I come into the picture. After some months of planning we launched jazzahead! in April 2006’

A key part of jazzahead! is the showcases and performance opportunities. It is an excellent chance to hear some new and emerging artists and it is quite a honour to be selected to play there. 40 slots are available, and artists are selected through a jury of experts from across the world. We talked about the selection process and what they were looking for in the artists selected. 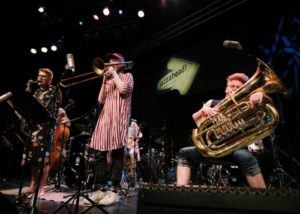 ‘Indeed, the opportunity to perform in a showcase at jazzahead! is very attractive to the artists as this is a very good moment to interest bookers, festival makers, labels and media representatives. The choices are made by juries which is important to know as we do not book artists directly. The selection process is a multi-stage procedure: the main criteria for the first step are musical quality and whether the artists are able to perform on an international level. Only in the second step, when the first voting’s led to a ranking list, other criteria come into account like instrumentation, country of origin or gender. It is our aim that the final program should present a wide stylistic range’

There are a lot of discussions about women in jazz and the lack of representation – including line ups at festivals. Many organisations have pledged to have a 50/50 gender balance by 2020. I asked Sybille what jazzahead! were doing to ensure there is balance – in front and behind the scenes.

‘We would have liked very much to present more female artists in past years as they were wrongly underrepresented. Therefore, we decided to increase the number of female jury members and to include the gender criterion in the second step of the selection process without being too formal or strict. Our juries do not have the same amount of female and male experts, each jury is composed by seven experts, sometimes men-dominated, sometimes by women. But by including the criterion in the jury process, the awareness around the subject increased considerably’

Every day we read articles that one minute say Jazz is dying and then that it is thriving, with streaming giving a wider and more diverse audience to the genre. I asked Sybille her thoughts on the importance of events such as jazzahead! and what they hope to achieve.

‘It is more important than ever! Jazz has never had it easy – but it never needed more support than today with radio stations cancelling their jazz programs, festivals dying, labels and agencies going out of business and so on. Jazz needs a strong voice and in Jazz nobody will make it alone. Networking is what is needed most. This is what drives us – it’s all about networking, about making new contacts and socializing. Personal contact is the basis for business – especially in a niche sector like Jazz. Naturally one of our core concerns is to promote the German jazz scene internationally. But the rest of the jazz world profits from our convention because it can take advantage of jazzahead! for a similar aim: to get better known in Germany, in Europe and other international target markets’

It is very true – Jazz has never had it easy, but with events such as this, we can ensure Jazz has a powerful voice that will forever be present.

Huge thanks to the jazzahead! team for talking to us. If you want to find out more, here are the links:

As well as working as a Jazz artist, Fiona is also a journalist. She is Senior writer for Jazz in Europe having interviewed artists including Steve Gadd, Eric Bibb, Kyle Eastwood and Michel Camilo. She has her own Women In Jazz series on Jazz in Europe, which has included interviews with Maxine Gordon, Terri Lynne Carrington, Roseanna Vitro and Yazz Ahmed. She is also creative writer for Jazz Quarterly.
Fiona is also a member of the Jazz Journalists Association and The British Association of Journalists.

JazzConnects will be at Jazzahead! – join us in person or digitally on the stand